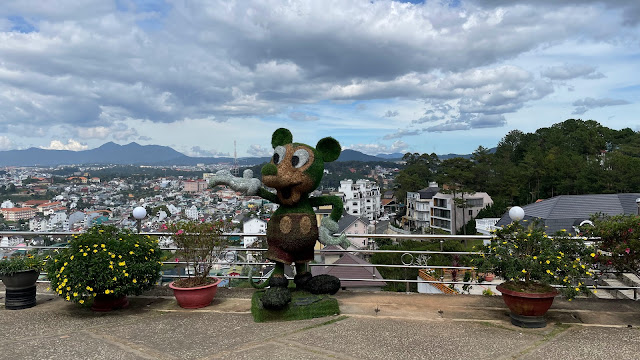 For two nights I came to Dalat to cool down. Here the weather is spring-like instead of tropically hot. The daily temperatures hover between 15℃ and 24℃. For this climate the colonial French came here, fleeing the heat of Saigon. They left behind their holiday homes and a resort vibe, which the Vietnamese have added to with their own unique touches. Dalat is Vietnam's honeymoon capital and extremely popular with domestic tourists.

From Hoi An I was thinking to go to Nha Trang first, and then here. From Danang to Nha Trang there was only one early morning flight and to Dalat there were more options, so I booked the flight to Dalat.

The city itself doesn't have too many sights, the area around has more to offer, but I didn't organize myself to book a tour to explore the sights around.

Although in the first day I arrived early I didn't see much because after I had lunch I fall asleep and woke up in the evening to go for dinner.

I noticed that in the afternoon it gets cloudy. 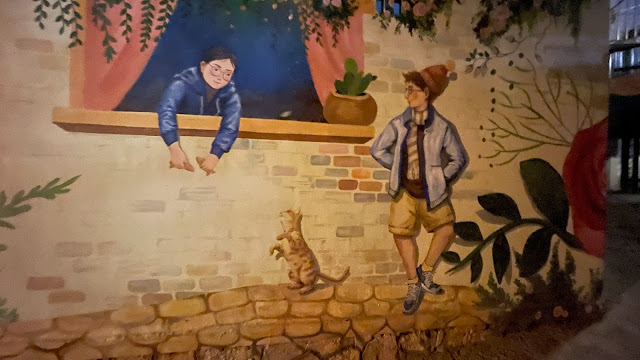 Coconut curry is a Southern Vietnam comfort food. For the first time in 2 weeks I had to put a jacket in the evening. This creamy coconut curry was heartful.

The second day I didn't rush to do anything. I started with breakfast at An Cafe. 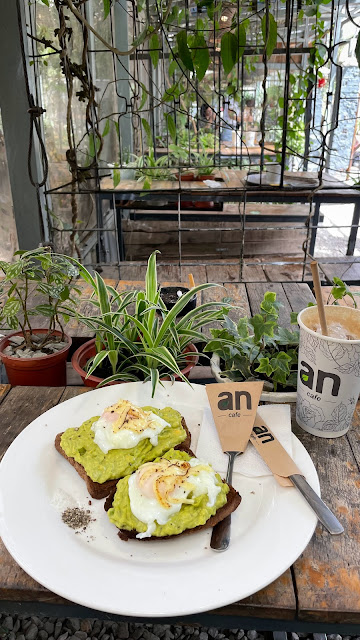 After breakfast I headed to Da Lat Cable Car station. I've read that from there I can get really nice views with the city and the cable car ride takes you to Truc Lam Pagoda, a buddhist temple next to Tuyen Lam Lake.
The views from the Robin Hill where the cable car station is, didn't disappoint me. The return ticket for the cable car was 100000₫. The ride takes about 10 minutes and soars over majestic pine forests.
At the other end of the cable car ride it's the Truc Lam Pagoda. This is an active monastery and it has immaculately tended flowers and bonsai gardens. 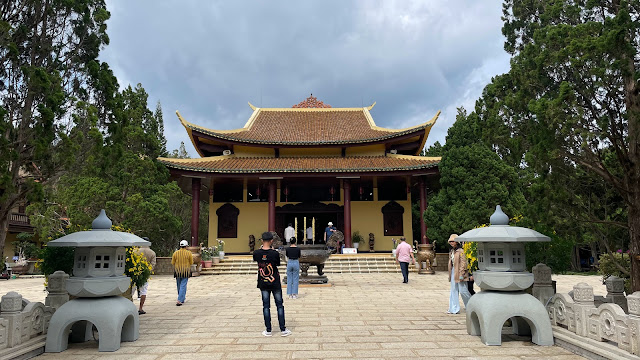 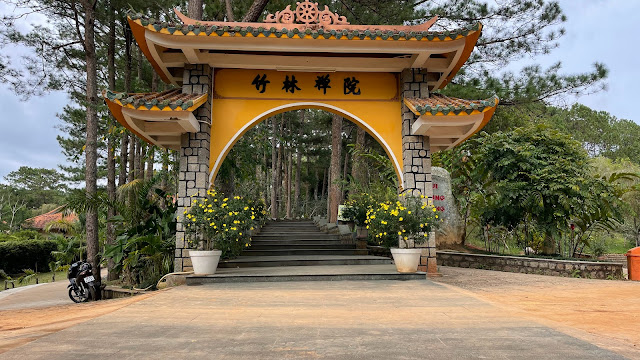 Did I mention that Dalat is also the land of beautiful flowers? Around the city a multitude of colourful flowers can be spotted: azaleas, hibiscus, angel's trumpet and many others that I haven't taken a photo of. 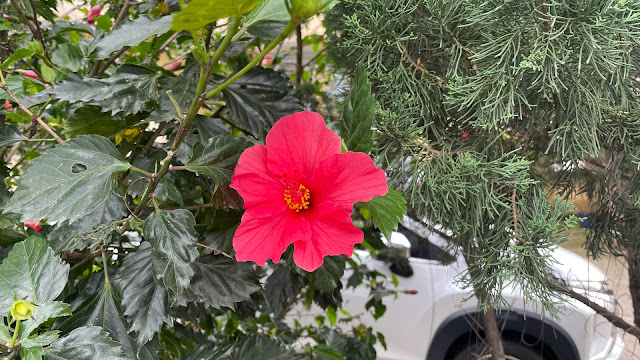 For dinner I have returned to the restaurant from first night to try another speciality from the menu.

From here I'm taking the bus to get to Nha Trang to chill on the beach for a few days.