September 25, 2019
Enthusiastic traveller is back with new adventures in Switzerland. Some good friends from university moved 2-3 years ago in Zurich and I always wanted to go visit them until now, when I actually did.
Viviana and Andrei were my hosts. Thank you guys for being so welcoming, I really had an awesome time!
From Amsterdam to Zurich the flight time is 1h15. From the airport I took the train to Zurich Enge to meet with Viviana at her office. I left my backpack with her and started my tour of the city.
It stroke me how clean the water is. This can be a good spot to have a picnic. Then I continued wandering on the left bank of Limmat.

Viviana told me that I should go to a hilltop from where I can see the city which I found easily. The place is called Lindenhof hill. Apparently this is the site of a former Roman fort.

I think this is the biggest train station I have ever seen. It's split on three levels. And in this time of the year it hosts the Oktoberfest.
From Platzspitz park I crossed the river on the other side and ended up at this cozy terrace where I enjoyed the warm sun rays.
There were a lot of locals enjoying a sunny Friday afternoon and swimming in the crystal clear water. I continued the walk on the right bank of Limmat and ended up in this residential area with charming houses.

From there, up on the street you reach the university which offers scenic view of the left bank of Limmat.
And from here I returned back to Enge to meet again with Viviana and to go home together where Andrei was expecting us. All three rented e-bikes and went to Hauptbanhnof for the Oktoberfest. When we went back home we started to recall our memories from University about our colleagues and teachers.

The next day I decided to go hiking on Rigi. Viviana was the one who suggested me this option. They couldn't join me so I went alone. The best way to make sure you don't buy the wrong tickets is to go to one of the train station tickets office. To form an opinion, the tickets were around 100CHF and included the return journey Zurich HBF - Arth Goldau, cog wheel train between Arth Goldau - Riki Kulm, cable car Riki Scheidegg - Krabel, cog wheel train Krabel - Arth Goldau.
I started the hike at Rigi Kulm, the highest peak of Mount Rigi (1797m). From here I enjoyed a view of no fewer than 13 lakes and a regular “sea of peaks”.

The moment I discovered a new passion - hiking!
From Rigi Kulm I started the descent towards Rigi First. 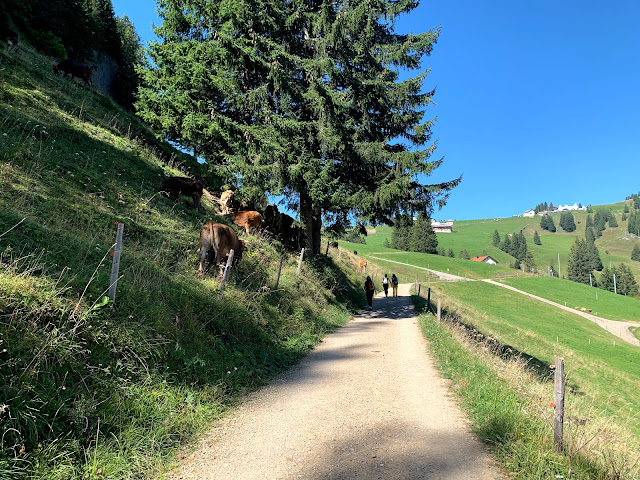 On the trail you are delighted by cowbells sound. From Rigi First I headed towards Unterstetten and I almost missed this path. It's not advised for people suffering of acrophobia (heights phobia). 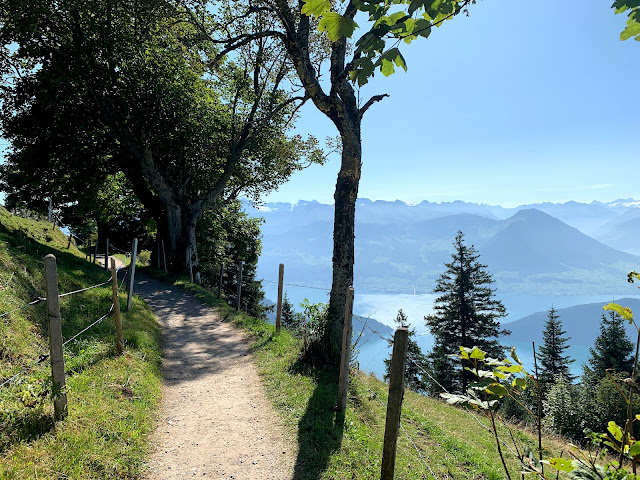 With benches to rest and contemplate the view.

And I continued the trail, following the signs to Rigi Scheidegg. 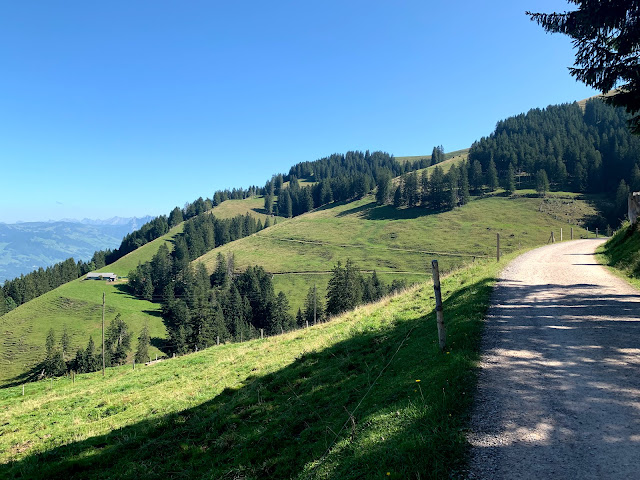 During the hike I kept thing about my new motto: "Growth doesn't come out of comfort". 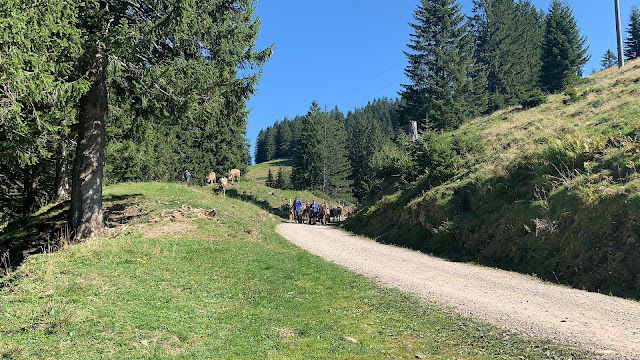 I also caught the cows parade when the alpine farmers leave the alpine pastures.  The cows had floral crowns and their biggest, fanciest bells around their necks. 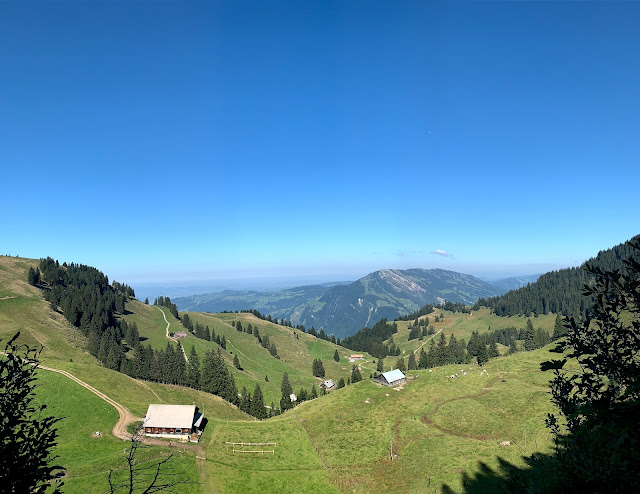 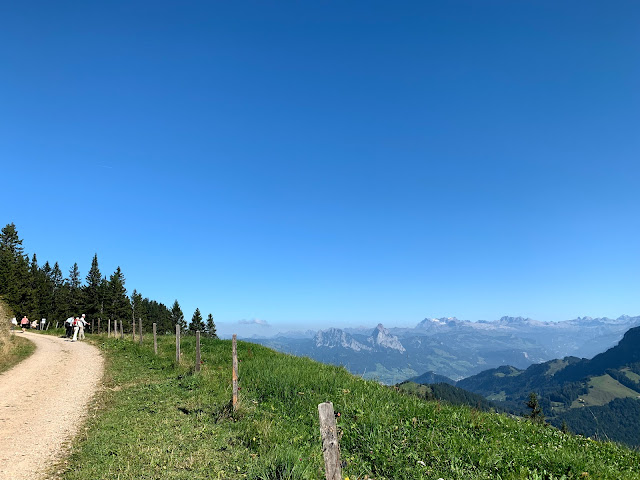 Here I was almost at the end of the hike.


From Rigi Scheidegg I took the cable car down to Krabel and from there the cog wheel train to Arth-Goldau.
The trail hike I did was ~9km. And I started it around 1pm (I couldn't get there earlier, the cog wheel train is slow and gives you time to enjoy the landscape) and I finished around 4pm with all the stops.
When I returned to Zurich I had dinner with Viviana and Andrei, and shared how our day was and after that we went for a walk & drinks in Bellevue.
That will be all for now! The following day after breakfast I had to go to the airport, to fly back to Amsterdam.